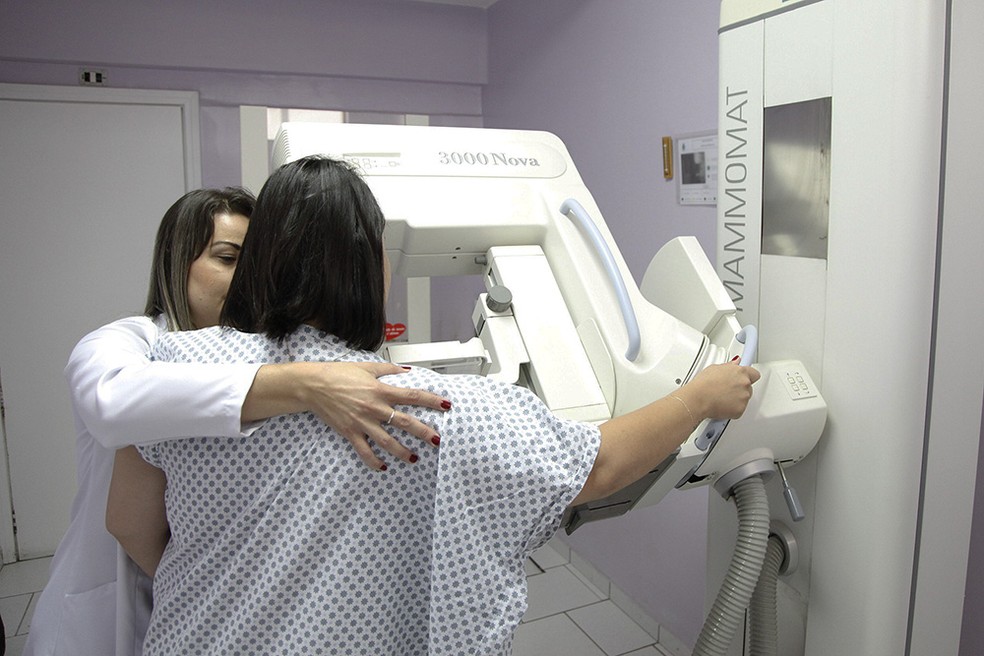 Several randomized clinical trials conducted between the 1960s and the 1990s have reported a reduction in mortality from breast cancer of up to 40% in the female population of 50–69 years of age submitted to breast cancer screening [1–3]. In geographical regions with limited financial resources and difficulties in accessing standard oncological treatment [4–6], this strategy may represent an opportunity for more conservative treatments and better clinical outcomes [7–9].

Despite the lack of population-based screening policy in Brazil [10–12], the disparity between access to screening within the public healthcare system, on which 70% of the Brazilian population relies, and access to screening within the private healthcare system is evident. The incidence of tumors diagnosed at advanced stages reflects this situation, since 36.9% of such cases occur in women consulting within the public healthcare network, while in the private sector this rate falls to 16.2% [13–15]. Nevertheless, this scenario has changed over recent decades, with declining mortality rates in some states of the country, possibly due to advances in the treatment of the disease [16].

Another factor that could have contributed to this stabilization was the development of programs such as the National Mammography Quality Program (PNQM) and the Cancer Database (SISCAN) [17, 18]. These initiatives aimed to improve the monitoring of the quality and reporting of test results, and patient follow-up. This represented an important step forward for public policies in the country [19, 20].

Nevertheless, there remains a need to improve such public policies. Because early diagnosis represents an important step in this process, the present study was developed to evaluate temporal changes in breast cancer screening provided under the Brazilian National Health Service (SUS) in accordance with the different regions of the country and the different states including the federal district, between 2008 and 2017.

This was an ecological time-series study in which data referring to mammograms conducted within the SUS were analyzed, for the country as a whole, each geographic region, the states and the federal district, for the period between 2008 and 2016. Brazil consists of 26 states and a federal district, with these areas being grouped together into five geographic regions: the north, northeast, southeast, south and Midwest [21].

The target population consisted of women of 50 to 69 years of age, according to the regulations of the Ministry of Health of Brazil [11]. Data regarding the population of women between 2008 and 2012 were collected from the System of Demographic and Socioeconomic Information on Health, Department of Information Technology of the SUS (DATASUS) [22]. The projected population of Brazil established by the Brazilian Institute of Geography and Statistics (IBGE) was used for the 2013–2016 period [23].

The number of exams carried out annually between 2008 and 2017 was obtained from the DATASUS outpatient database [24] according to the codes for the procedure: 0204030030 (mammography) and 0204030188 (bilateral mammography for screening purposes). The expected number of exams for the target population was calculated from the total number of women of 50–69 years of age and in accordance with the recommendations of the National Cancer Institute (INCA) for twoyearly screening [25].

The annual percent change (APC) in breast cancer screening coverage was calculated for Brazil as a whole, its different geographic regions, each state and the federal district. The relevant 95% confidence intervals (95%CI) were calculated, with p-values < 0.05 being considered statistically significant. The Poisson regression model was used for these calculations and the software program used was JoinPoint Regression, version 4.2.0.2 of June 2015 (National Cancer Institute) [26].

The data used are publicly available [24, 25]. For this type of study, formal consent is not required. All recommendations of good clinical practice were followed according to Brazilian law and the Helsinki Convention.

The estimated extent of breast cancer screening coverage provided under the SUS in Brazil for the 2008–2017 period ranged from 14.4 to 24.2%. Table 1 shows the estimated coverage per year for the entire study period according to the different geographic regions, the states and the federal district.

Table 1 Breast cancer screening coverage provided under the Brazilian National Health Service, for the country as a whole, its different geographic regions, states and the federal district for women of 50-69 years of age between 2008 and 2017

Regression analysis showed that, for Brazil as a whole, there was a significant increase in breast cancer screening coverage, with an APC of 14.5% (p < 0.01) for the 2008–2012 period, while for the 2012–2017 period coverage remained stable (p=0.3) (Fig. 1). The same was true for the different regions of the country, with the analysis showing a significant increase in breast cancer screening in the north, northeast and southeast at the beginning of the study period, with APCs of 11.1, 14.4 and 14.1%, respectively (p<0.01), followed by stabilization (Fig. 2a, b and c).